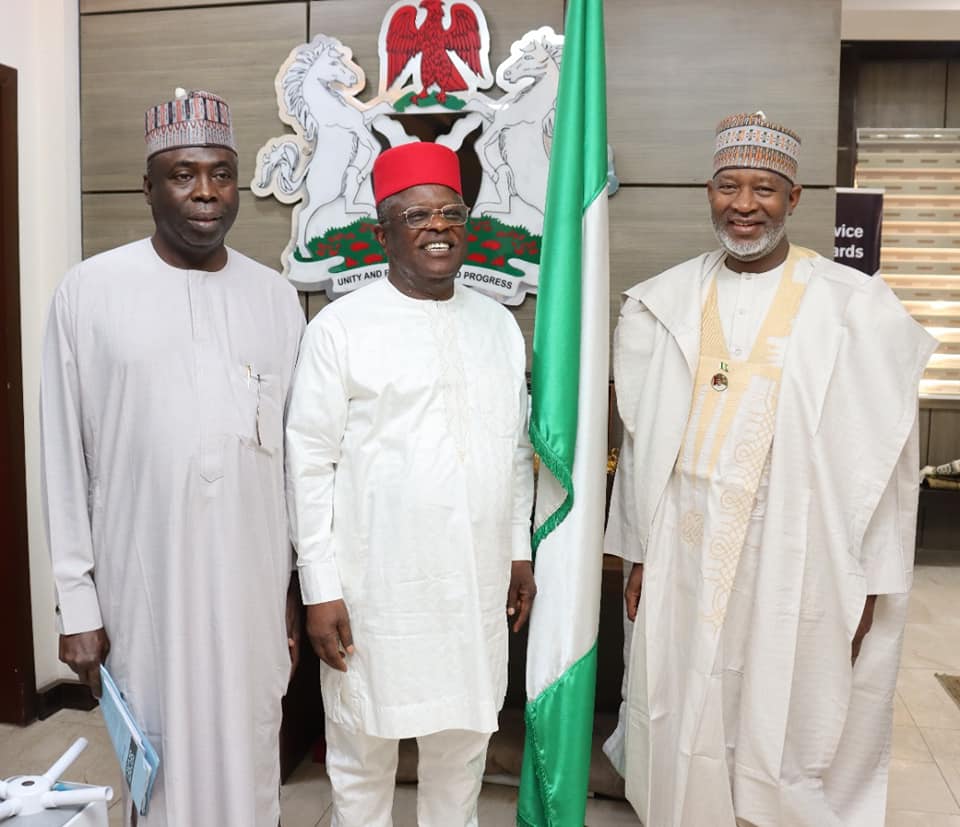 Minister of Aviation Senator Hadi Sirika has described the Ebonyi State airport project as a worthwhile one that will definitely open up the state to both domestic and international investments.
Senator Sirika who made the assertion while receiving the governor in his office Thursday, described Governor Umahi’s decision to build the airport as one of courage and foresight, believing that the airport is guaranteed to expose the state’s agricultural potentials to the international market.
He told Governor Umahi that the administration of President Muhammadu Buhari has, since inception, embarked on creating an enabling environment for the expansion of the aviation industry in Nigeria which has been severally acknowledged by the global aviation community.
The Minister also gave the assurance that the Ministry of Aviation will do whatever is required to bring the project to fruition, considering the prospects for employment generation.
Earlier, Governor Umahi had briefed the Minister on the progress of the airport project and said he remained committed to its successful completion, considering the expected benefits to the people of the state.
He expressed the appreciation of the state to the Federal Government, especially the Aviation Minister, for the encouragement and support in seeing the project to its present stage, assuring the Senator Sirika that the airport, when completed, will meet all industry requirements.
Source : Federal Ministry of Aviation, Nigeria