Yapı Merkezi has signed on to undertake a $1.9-billion project in Tanzania. 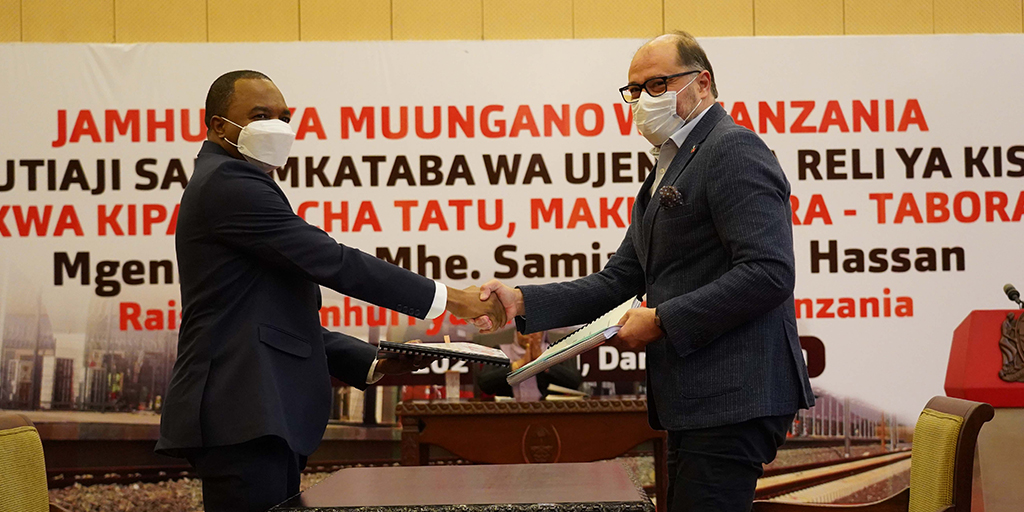 Having successfully developed an impressive array of world-class projects, Yapı Merkezi has recently signed another contract to construct the third phase of the Tanzania’s Dar es Salaam–Mwanza Railway, which will be the fastest railway line ever to be built in East Africa.

The company has already undertaken the first and second phases of the railway line. The third phase will stretch from Makutupora to Tabora.

In addition to the infrastructure works of the turnkey, single-line railway project in Tanzania, Yapı Merkezi has undertaken the construction of all seven stations between Makutupora and Tabora, and the construction, signaling, telecommunication and electrification of a single-line railway of 358 kilometers. The project is planned to be completed within 46 months and will cost $1.9 billion.

The contract for the construction of the fourth phase will be signed soon, and the project will also be entrusted to Turkish Engineers.

With a background of global projects, Yapı Merkezi is set to accomplish yet another inspiring project. The signing ceremony for the Design and Build of an Electrified Standard Gauge Railway (SGR) Line Lot 3; from Makutupora to Tabora” was held at the Office of the Presidency of Tanzania on December 28, 2021. Her Excellency Samia Suluhu Hassan, the President of the United Republic of Tanzania; Dr. Mehmet Güllüoğlu, Ambassador of the Republic of Turkey to Dar es Salaam; and Erdem Arıoğlu, Vice Chairman of Yapı Merkezi Construction Board, attended the ceremony. The project is the third phase of a 1,211-kilometer railway that will connect Dar es Salaam and Mwanza. It is also of key importance for the Tabora–Kigoma railway line, which falls within the borders of Burundi, which is included within the investment program of the Tanzania Railways Corporation (TRC).

In the speech he gave at the signing ceremony of the LOT 3 project, which includes a single line of approximately 358 kilometers in length, Erdem Arıoğlu stated: “We are proud to accomplish yet another successful project in Africa. Our company has already undertaken the construction of the first two phases of the Dar es Salaam–Mwanza Railway in Tanzania, which will be the fastest railway in East Africa. The two phases, which will be 705 kilometers in length, will connect Dar es Salaam and Makutupora. Tanzania Railway Authorities have entrusted Yapı Merkezi with a railway of vital importance to the United Republic of Tanzania because they understand and appreciate our meticulous business approach. I’m glad to announce that we will not settle with the third phase. We will sign for the construction of the 167-kilometer fourth phase. We are elated to contribute to the economic growth of our country by providing a huge foreign currency inflow.” 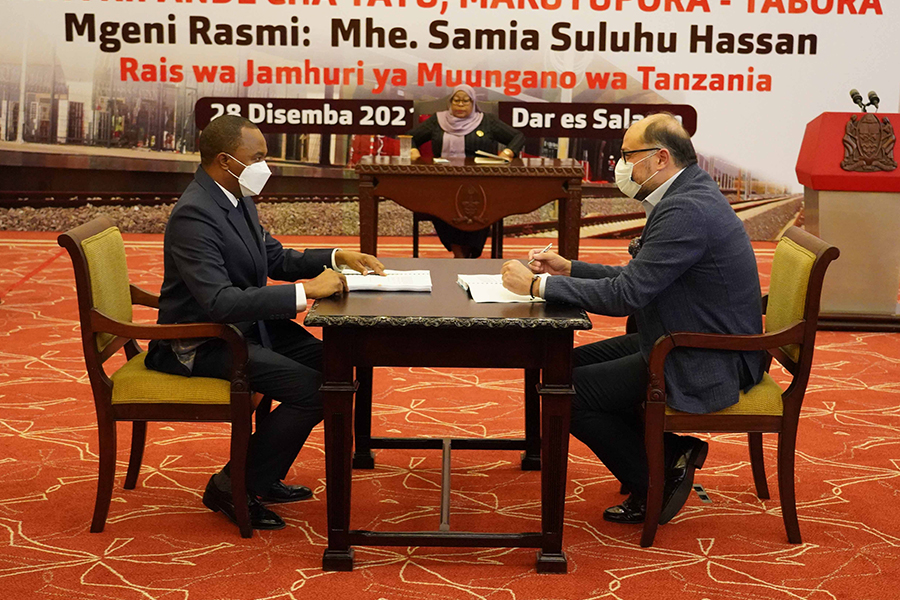 It will be completed in 46 months.

In addition to the infrastructure works of the turnkey, single-line railway project in Tanzania, Yapı Merkezi has undertaken the construction of all seven stations between Makutupora and Tabora, and the construction, signaling, telecommunication and electrification of a single-line railway of 358 kilometers. The project is planned to be completed within 46 months and will cost $1.9 billion. The agreement for the fourth phase for the project will also be signed soon.

Yapı Merkezi has built 3,700 kilometers of railways on three continents

Established in 1965, Yapı Merkezi is a Turkish construction firm that has undertaken giant projects and become a pioneer in transportation, infrastructure, and general contracting globally. As of 2021, the company has completed more than 62 railway projects totaling more than 3,800 kilometers on three continents and provides safe transportation to 3.5 million passengers every day around the world. In 2016, Yapı Merkezi completed the Eurasia Tunnel project, which connects the Asian and European continents with an undersea tunnel. In 2017, the joint venture led by Yapı Merkezi won the tender for the Çanakkale 1915 Bridge, which, when completed, will be the world’s longest mid-span (2,023 meters) suspension bridge.

Yapı Merkezi is also leaving its mark on ongoing and completed transportation projects in African countries such as Tanzania, Ethiopia, Senegal, Zambia, Algeria, Morocco, and Sudan.

With more than 19,000 employees, Yapı Merkezi aims to further reinforce its reputation as a popular and reliable global brand and maintain its prestigious position in the history of public works, both in Turkey and worldwide. Yapı Merkezi ranked 68th on the Engineering News-Record’s (ENR) 2021 Top 250 International Contractors list and ninth on the Rail Systems-Public Transport list. 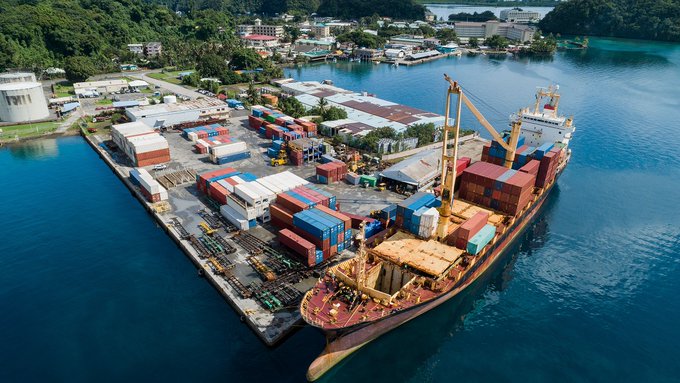 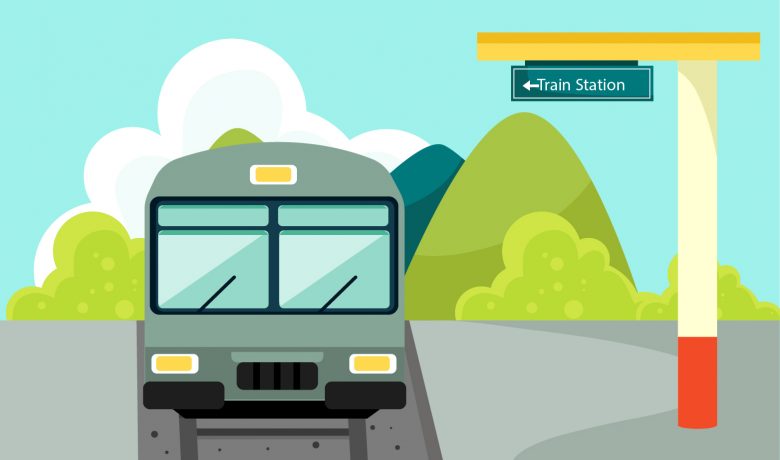 The first electric light rail transportation, also known as the Tram System, is to be launched in Kumasi, the Ashanti Regional capital. The project, which forms part of the government’s effort to ease traffic congestion, particularly in urban centres, will be fully financed by the Czech Government at a total cost of about 180m Euros. […]