The Kigumba–Masindi–Hoima–Kabwoya road in western Uganda has opened for traffic, paving the way for increased regional trade, tourism and oil production. 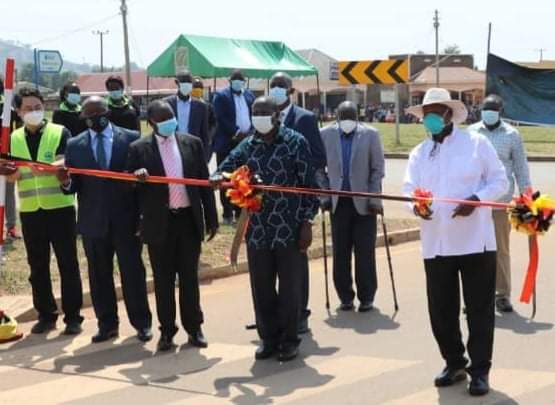 A $109 million loan from the African Development Fund and $34 million from the Ugandan government funded the Road Sector Support Project 4, which included civil works for upgrade of the 135-km  road from gravel to bitumen standard.

With the road upgrade, travel time to northern Uganda is expected to reduce by 50 percent. The roadway also links the region to the east of the Democratic Republic of Congo via an adjacent Bank-funded road connecting Fort Portal to the border town of Lamia. Following its opening, trade between the two countries is expected to rise by 30%, transports costs are expected to fall by over 40% and travel times by 60%. Construction of the road led to the creation of 1,375 jobs, nearly 12% of them for women.

The road, primarily used by farmers, pastoralists and traders, will benefit one million people in the districts of Hoima, Masindi and Kiryandongo, who will see higher household incomes and easier access to markets and social services, including schools. The roadway also serves tourists visiting the Queen Elizabeth National Park as well as the oil extraction industry in the Albert Graben region.

The project advances the Bank’s High-5 strategic priorities, specifically integrate Africa, and improve the quality of life for the people of Africa.

In a statement, President Museveni challenged national and local leaders to mobilize Ugandans to use the road as a means to improve household incomes. He thanked the African Development Bank and commended it as a reliable partner in Uganda’s development efforts.

Ngafuan lauded the Uganda National Roads Authority and the contractors for execution of the project. He also called for the government to support maintenance of the newly commissioned road.