DP World today hosted the Africa Forum at its Flow Pavilion at Expo 2020 Dubai. Convening thought leaders, industry experts and over 60 DP World clients and partners from across the continent to discuss Africa and its future, the event explored the unique challenges and opportunities for trade throughout the continent.

In addition, a panel chaired by Eithne Treanor, Moderator and Media Communications Specialist, debated how port-centric logistics are the catalyst for more efficient supply chains in Africa. She was joined by the following panellists:

The focus then shifted to Ecommerce and a discussion about its role in driving growth for small businesses, between Hatem Sabry, Chief Financial Officer at Trella and John Ferguson, Head of the Economist’s Globalisation, Trade and Finance practice.

At the heart of these discussions is the African Continental Free Trade Area (AfCFTA). Founded only four years ago, this new bloc represents a major opportunity to power inter-regional trade predominantly through manufacturing, an industry with huge potential in the region.

DP World is making significant investments to deliver on this potential by improving trade infrastructure across Africa. The Africa Forum underlined how this infrastructure can unlock the vast opportunities for expanding trade on the continent, supported by strengthening ties with Dubai to achieve this goal.

Sultan Ahmed Bin Sulayem, Group Chairman and CEO, DP World, said, “I am honoured and delighted to host the Africa Forum at the DP World Flow Pavilion at EXPO 2020. Today, we welcomed some of the most insightful and influential experts for a fascinating day of discussion.

“Africa has enormous potential for a bright and prosperous future. Its resources, variety of cultures, and youthful energy set the continent apart from the rest of the world. I firmly believe that we can unlock this potential through the power of trade.

“While some of the key building blocks are already in place – with increased co-operation between nations, the African Continental Free Trade Area, and a youthful population –there is more opportunity to uncover end-to-end supply chain potential across the continent. Stunted infrastructure is the fundamental barrier to trade in Africa, and at DP World, we are committed to leading its transformation.”

Suhail Al Banna, CEO and Managing Director of DP World Middle East and Africa, said, “The Forum was a great opportunity to convene experts in the future of Africa and discuss the role that trade will play in its prosperity. Dubai is uniquely placed to facilitate increased cargo flows for growing African economies. We have seen first hand at Jebel Ali port that Dubai can act as a bridge to the rest of the world, so we are delighted to host this event at DP World’s Flow Pavilion.”

The Africa Forum event closed with a keynote speech from former NBA All-Star, Dikembe Mutombo. Having retired as one of basketball’s greatest ever defensive players, Mutombo now dedicates much of his time to humanitarianism, working to improve living conditions in his native Democratic Republic of Congo. He shared his experiences as an African sporting icon and discussed his vision for the future. 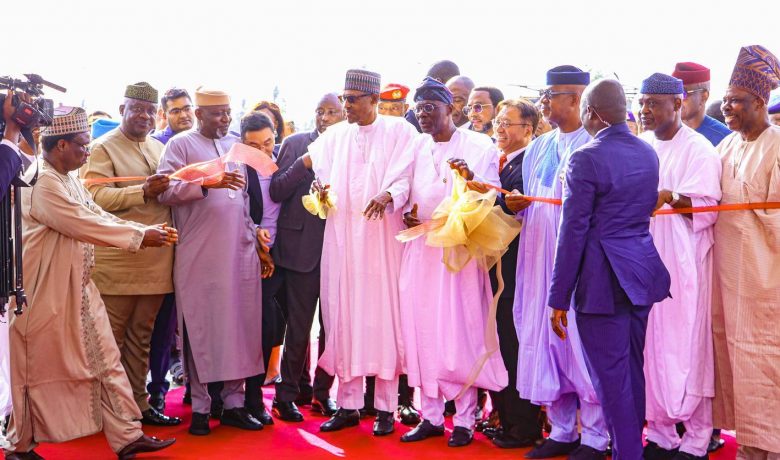